In response to the White House including national service programs like AmeriCorps on a short list of programs that could be eliminated in their budget proposal, Rep. Long and Rep. Price testified at the House Labor, Health and Human Services subcommittee in support of national service.

Service Year Alliance is re-releasing the pledge, co-sponsored by eight leading military and veterans organizations, in response to potential cuts to national service.

WASHINGTON, DC - Today, in response to reports on the potential elimination of national service programs like AmeriCorps in the Administration’s budget proposal, Service Year Alliance re-released its Enlisting America Pledge. The Pledge has been signed by 200 flag and general officers and more than 50 senior enlisted veterans of the US military in support of making a year of national service a common expectation and opportunity for all young Americans.

Saving National Service - Support from Across the Country

On Friday, February 17th, the New York Times reported that the Corporation for National and Community Service (CNCS) — including AmeriCorps — is on a “hit list” of federal programs the new administration could propose to eliminate.

Since that report, support has flooded in from across the country from major media outlets, local papers, editorial boards, and blogs.

Celebrating a Long Legacy of Presidential Support for National Service

Throughout history, presidents of both political parties have taken specific action to expand opportunities for young Americans to serve with programs like AmeriCorps, the Peace Corps, and YouthBuild.

This President's Day, we reflect on and celebrate the long legacy of support for national service.

On Saturday, February 11th, Mayor Sam Liccardo of San Jose, California made an audacious inspiring commitment. At his annual State of the City address, Mayor Liccardo shared the “Tale of One City”, a vision for a city diving headlong into its challenges with a focus on investing in its youth to help them growth into active, civically engaged community members.

Building on many of the city’s innovations such as San Jose Promise and Unleash Your Geek, Mayor Liccardo announced ServeSJ, which includes his commitment to increasing service year opportunities for San Jose’s own youth. 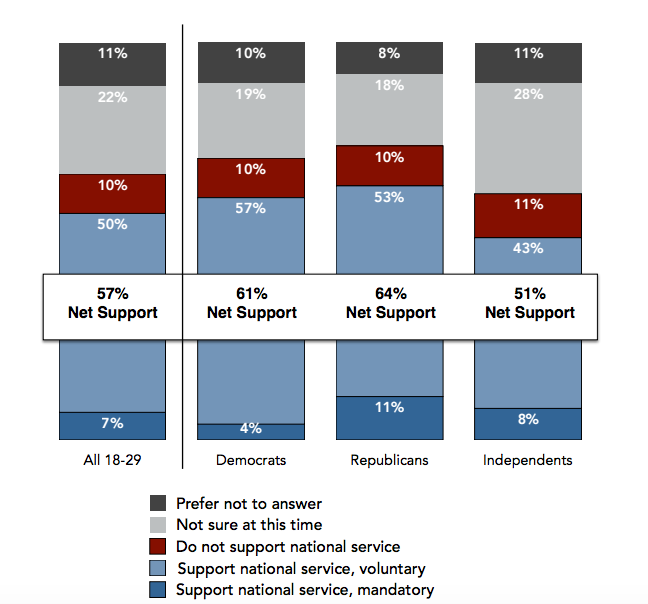 Bringing Americans together through national service

Take a few minutes and check out all of the incredible ways that service year corps members are making an impact as we kick off 2017. They continue to show how young people address our communities' most pressing challenges -- from preserving conservation areas in heavy snow and repairing flood-damaged homes, to organizing incredible MLK Day of Service activities in communities.

Uniting our nation through national service