Service Year Alliance just hired Robert Simmons III as our new President and we are pretty excited for you to meet him. We’ll let him take it from here...

WASHINGTON, DC (March 14, 2018) – Today, in an effort to boost the service year field and advance shared missions, Service Year Alliance officially acquired AmeriCorps Alums from Points of Light. AmeriCorps Alums, which had been an enterprise of Points of Light since 2005, is the only national network that connects the over one million alumni of all AmeriCorps programs to resources that support their lifetime of service.

I’ve got exciting news to share.  As part of an innovative agreement and partnership between leading nonprofits, Points of Light is transferring AmeriCorps Alums — our programming, our brand, and our assets — to Service Year Alliance.

You may or may not know Service Year Alliance as the two-year old nonprofit startup that envisions an opportunity to serve for every young person in America. AmeriCorps Alums was involved in the early conversations that led to its formation and have partnered with Service Year Alliance’s team often over the years.

EAST BOSTON, MA (February 26, 2018) - Today, ENGAGE and Service Year Alliance officially announced the launch of the East Boston Corps, a neighborhood-wide strategy to close the youth program gap and solve other community challenges in East Boston — like obesity, unemployment, and English literacy. ENGAGE is a Boston-based initiative focused on promoting positive youth development across the country and Service Year Alliance is a nonprofit missioned with making a year of service a common expectation and opportunity for all.

2017 was a big year for service years in America.

We took some time to reflect on the top moments in this video. Onto 2018! 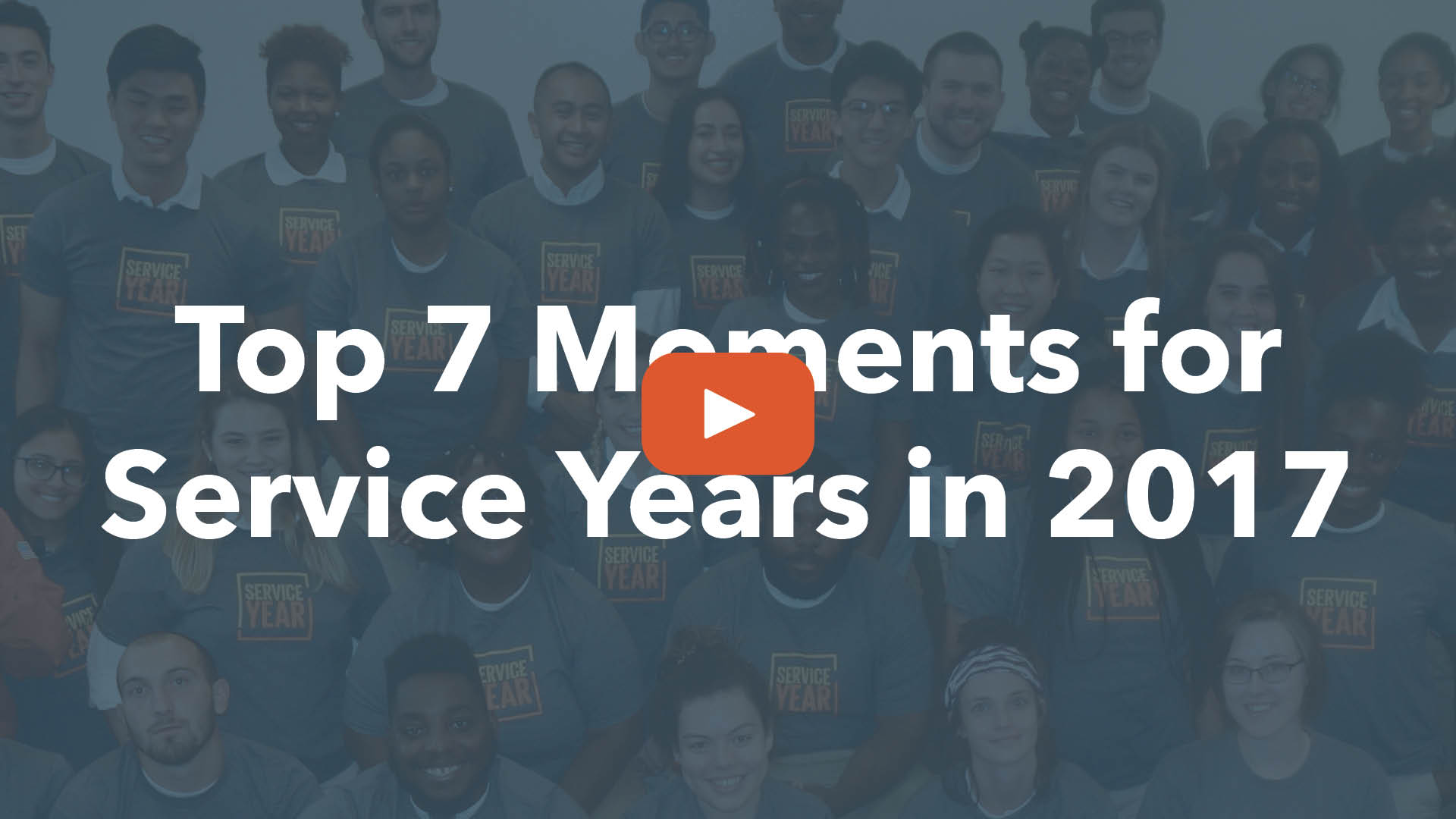 Farmers Insurance is part of Employers for National Service - an initiative that connects AmeriCorps, Peace Corps, and other service year alumni with employers from the private, public and nonprofit sectors. More than 500 employers are now a part of the program, which gives national service alumni additional opportunities to apply their skills in the workplace.

Developing Grit Through a Service Year

Meg Garlinghouse, a Returned Peace Corps Volunteer and the Head of Social Impact at LinkedIn, spoke to service year corps members about the critical skills they will develop during their year of service and why employers value their service year experience.

4 Reasons to Take a Service Year Before Medical School | AAMC